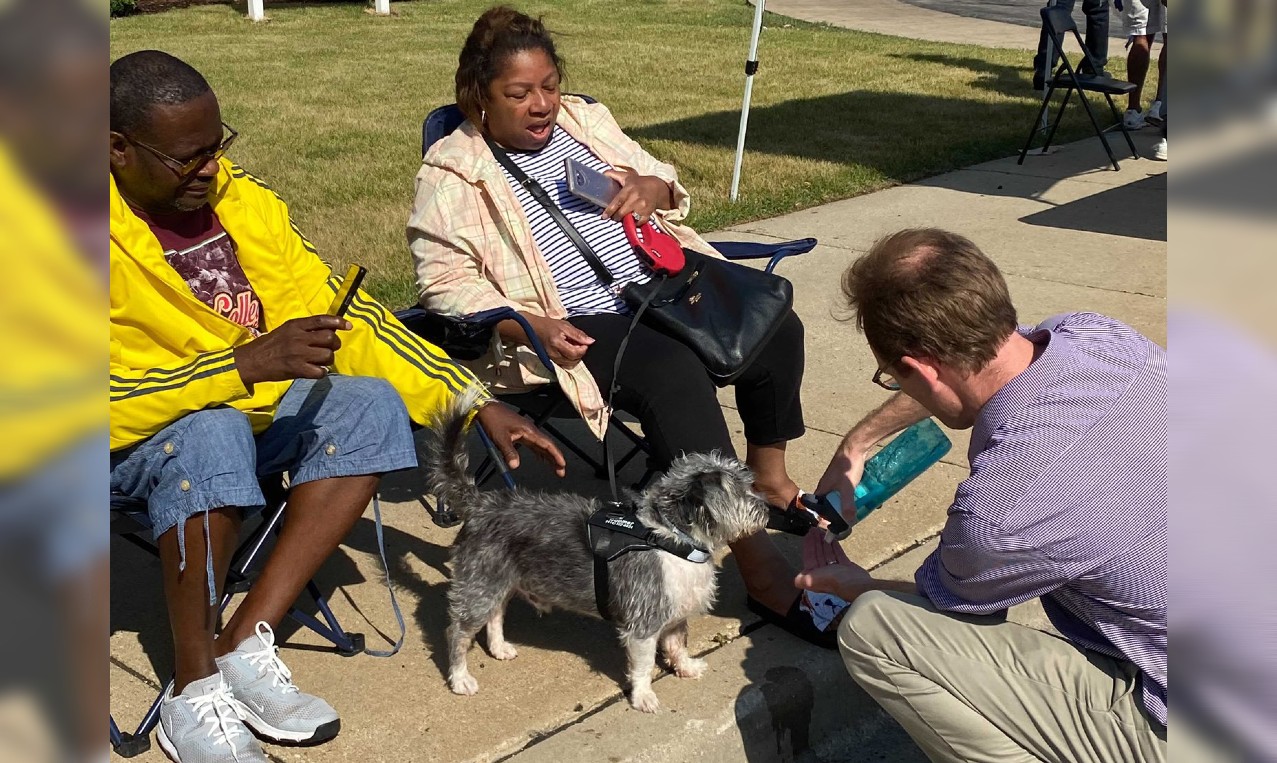 Sentate candidate Tom Nelson, who joined the marchers, called on Wisconsinites and the nation to rededicate themselves to eliminating racial disparities.

“As we celebrate the freedom of people who were wrongly enslaved,” Nelson said, “let’s rededicate ourselves to fixing the gross racial disparities that still persist in Wisconsin and nationwide.”

Juneteenth, or June 19, marks the day that federal troops arrived in Galveston, Texas in 1865 to take control of the state and ensure that all enslaved people be freed following the signing in 1862 of the Emancipation Proclamation.

He was the first Democrat to announce a run for the Senate seat currently held by Republican Ron Johnson.

Nelson walked with the crowd, greeted parade goers and community leaders and even gave a drink of water to a thirsty pet during Saturday morning’s march.

Johnson, who also attended the parade, received a much more chilly reception.

He dropped his objection to making ‘Juneteenth’ a federal holiday earlier this week, after he blocked the bipartisan legislation a year ago, angering many constituents.

He was roundly booed as he attempted to talk to the media in widely shared social media posts.

In a statement shared on social media, Biden said Juneteenth marks both the long, hard night of slavery and subjugation – and the promise of that brighter morning to come.

“It’s a day of profound weight and power. Today and every day, we must work to ensure our nation finally lives up to its promise of equality for all,” he said.

Milwaukee’s celebration is the longest running Juneteenth event in the Midwest.

The author, Dan Plutchak, is a retired journalist and supporter of Tom Nelson for Senate.