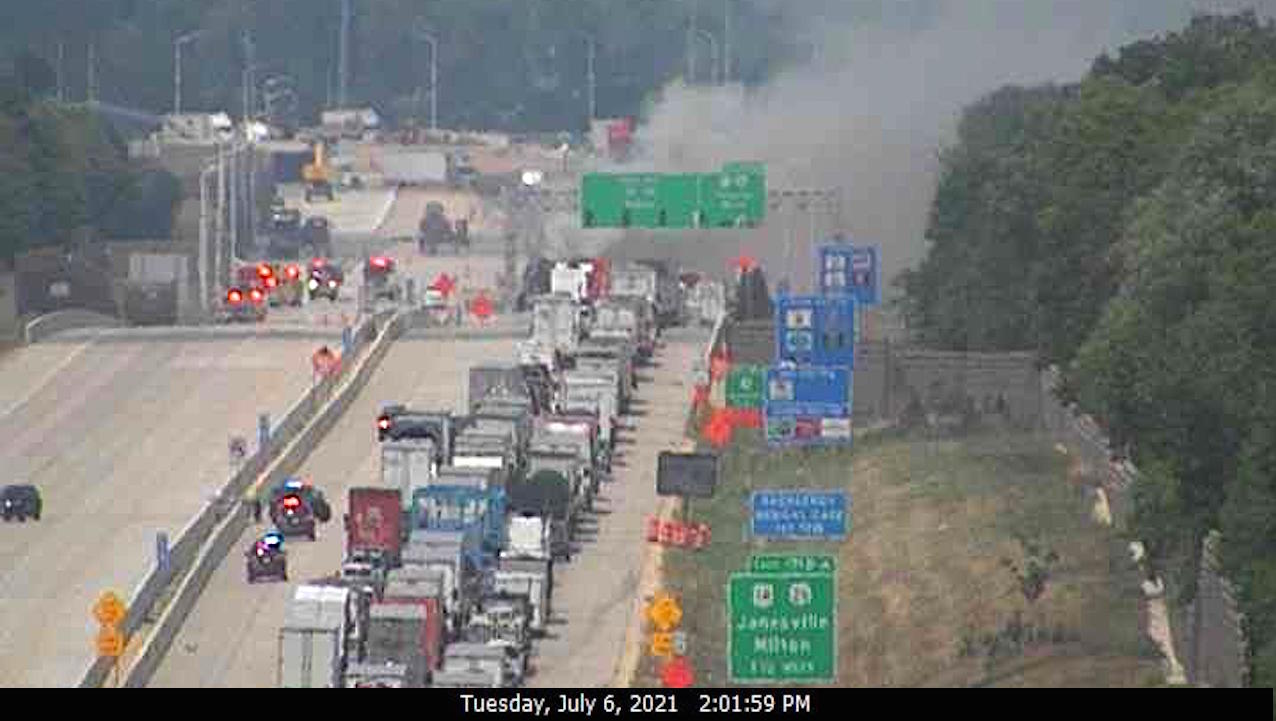 JANESVILLE — Both the northbound and southbound lanes of I-39/90 near Janesville are closed following a crash.

“There is a large crash on the interstate near Janesville right now. If you are heading that way get off the interstate ASAP,” the Beloit Police Department posted shortly before 2 p.m.

This is the second day in a row the highway has been closed in Rock County for a crash. On Monday, both lanes were closed for nearly seven hours after a fiery semi crash.