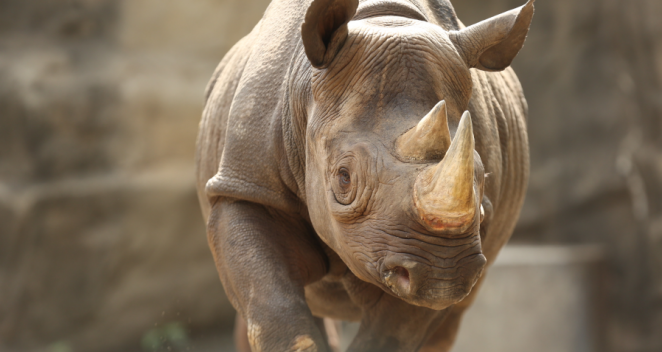 CHICAGO — Kapuki, the Lincoln Park Zoo’s 13-year-old female eastern black rhinoceros, is pregnant. The calf is expected to arrive in May, according to a blog post Wednesday from the zoo.

“The potential of a successful calf means much more than a cute face at the zoo. A birth represents preservation of a critically endangered species that faces a lot of challenges,” sCurator of Mammals Mike Murray said. “We remain cautiously optimistic that Kapuki, as an experienced dam, will know just what to do.”

Kapuki and Maku, a 33-year-old mail rhino, had previously been successful in producing offspring as with the case of the birth of King in 2013.