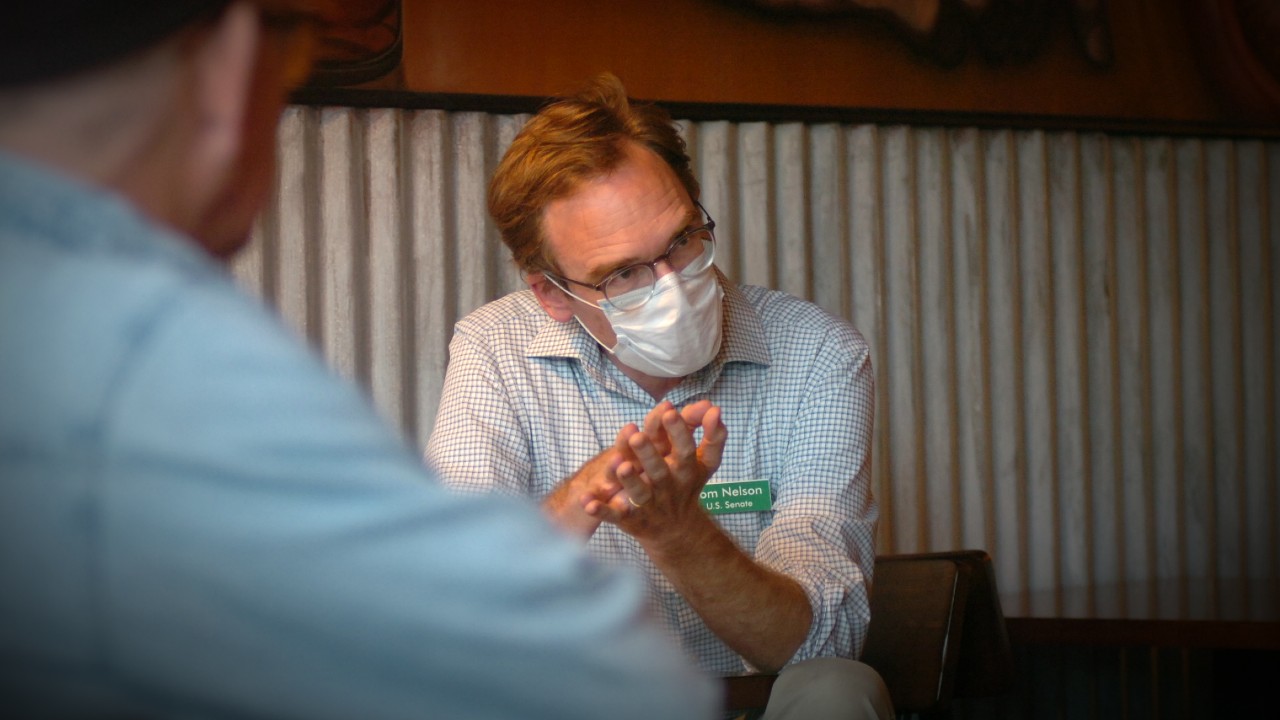 Nelson, who was in Rock County Wednesday as part of his 72-county statewide tour said he fears that if Democrats lose the Senate, they also could lose the House of Representatives.

“The road to the U.S. Senate comes through Wisconsin,” Nelson said.

Nelson, who is currently the Outagamie County Executive and is a former Majority Leader in the Wisconsin Assembly, was the first of what are now 11 candidates running for the seat currently held by Republican Ron Johnson.

Johnson has yet to say if he will run for another term.

Health care dominated the discussion of about a dozen people who gathered at The Sandwich Bar in downtown Janesville to meet Nelson.

Nelson, a supporter of Medicare For All, said he wanted to make sure health care was available to all Americans.

“You can’t have economic security if you don’t have health security,” Nelson said.

Nelson will continue his tour of Wisconsin counties later this month.