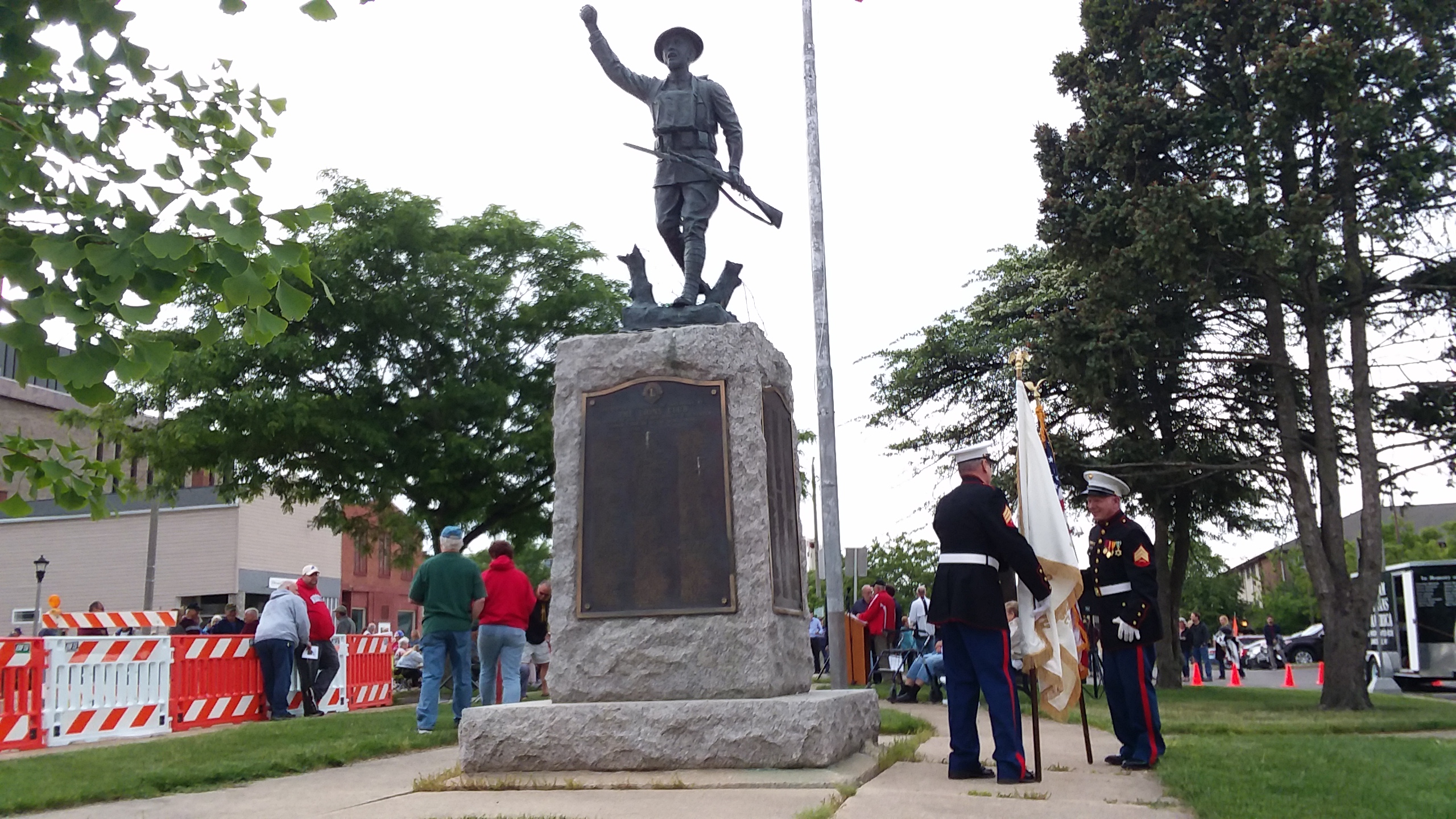 JANESVILLE — It’s been nearly 70 years since the 99 soldiers from Janesville were taken captive in the Philippines, leading to one of the most infamous chapters of World War II.

But today in Janesville, the sacrifice of the Janesville 99 is still remembered. (Scroll down for photos)

For three months in 1942 those 99 men, part of the 192nd Tank Battalion, fought the Battle of Bataan against a Japanese invasion force that had them outmanned and outgunned.

Their surrender led to the infamous Bataan Death March — 65 miles of what’s been described as hell.

Only 35 of the original 99 returned home, with the majority dying in Japanese prisoner-of-war camps.

He said his grandfather was a model of gratitude, despite the hardships he endured.

John Knox, whose father Forrest Knox served with the Janesville 99, talked about the impression that his uncles Henry Knox and William McAuliffe made on his life.

The ceremony took place on Milwaukee Street at the Memorial to the Janesville 99, and a wreath was also placed at the WWI Veteran’s Memorial.

This year, instead of the traditional Memorial Day Parade on Monday, there will be a silent march into Traxler Park, which will conclude with a ceremony.

The public is invited to participate. No motorized or wheeled vehicles are allowed except baby strollers and wheelchairs.

Line up begins at 10 a.m. at the corner of Centerway and N. Main streets and the 1/2 mile march will begin at approximately 11 a.m.

Participants are encouraged to carry their American flags.