Montreal to Chicago exhibit coming the Gold Coast this summer 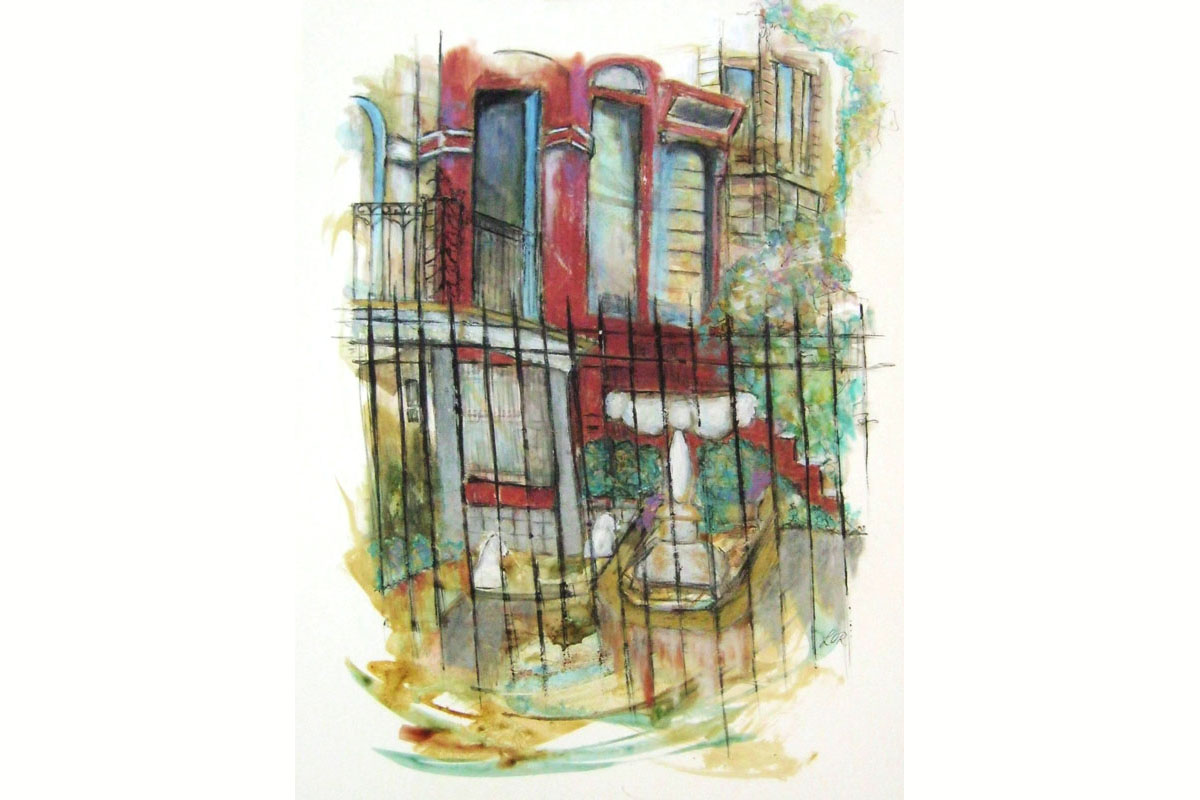 What: “From the Corners of My Mind, a collection of urban scenes of Montreal and Chicago” by the Montreal artist, L’OR.

GOLD COAST — In 2013, Quebec artist L’OR began her collection of Chicago and Montreal scenes that would become a featured exhibit in her native Montreal in 2016.

The summer, paintings from the exhibit will be on display in Chicago at the 3rd Coast Café

The inspiration for the exhibit came from a visit to Chicago with her to be husband, James Wise, a Chicago native.

Wise knew the city well, having lived there for more than 60 years, but his wife, L’OR, was experiencing it through the eyes of a tourist.

What the native took for granted gave the tourist astonishment and awe.

As a figurative artist, L`OR has the gift of capturing vibrancy and emotion. That talent would serve well in her portrayal of the two cities linked by common history for almost 400 years.

Few Chicagoans are aware that the region was first explored by the French departing from Montreal. Fewer know that when Jean Baptiste DuSable established his trading post, the region was part of Quebec and Montreal was its capital.

(Keep up with the latest from the Gold Coast in your Facebook news feed. TAP HERE.)

Knowing’ Montreal would celebrate its 375th anniversary in 2017 , the couple decided to put history to paper and canvass and remind their home cities of the common past, present and future.

The Chicago River is a frequent theme of L`OR collection. The river brought Marquette and Joliet and here is 1673, as well as DuSable in the late 1770s.


A growing city has changed the landscape, but even today one can envision the voyageurs padding their canoes. L`OR observed that the city developed upward along the banks of the Chicago River and it also arose along side the elevated tracks. The street level below the tracks, the tapis de la ville, became a flurry of activity.

Chicago is dynamic, with buildings sprouting from their foundations like towering vines.

“When I decided to do the urban scenes of Chicago I wanted to capture the energy of its growth. I also wanted to portray the city as one would remember in dreams; I had no desire to do traditional architectural paintings,” L’OR was quoted as saying in a news release. “The art of capturing what is real is the domain of the camera. The challenge to the artist is not to paint what she sees but rather to create imagery of what she perceives or remembers.”

The title of the exhibit, “Corners of My Mind, a collection of urban scenes of Montreal and Chicago,” embodies this thought . L`OR employed the same method in cityscapes as she used for her nudes. She started with the background and relied on mental recall to find the subject and extract it from the background.

One of the pieces of the exhibit is of the Chicago River looking north as it appeared in 2013. That skyline has since changed with the completion of River Point Tower. A commercial project made possible by Quebec development firm Ivanhoe Cambridge.

Even today Quebec is influential in the reshaping of the Chicago paysage.

The 2016 exhibit in Montreal gave L`OR a forum to present to Montreal a portrait of Chicago. The exhibit was covered well by Montreal media in 2016.

A by-product of these efforts was a recent story in the Montreal Devoir about Chicago`s French heritage. Now, the objective is to remind Chicagoan`s of that heritage and motivate them to come see Quebec.

L`OR and her husband have already identified social network groups that embrace the theme of the exhibit and many have posted the news of the pending exhibit. James LaForest, who maintains a Facebook group of Great Lakes French Canadians estimates in the upper Midwest region of the United States that there are 300,000 descendants of early French voyageurs. Wendy Bright, an art historian and founder of WendyCityChicago.com a Chicago tourism site, has seen some of the Chicago renderings for this show.


“L’OR’s paintings of Chicago are both surreal and factual at the same time. She captures the city as tourists remember. I look at her work and feel the history of my city as it has grown from a prairie to a modern urban city,” Bright said. “I sense the heartbeat of my city. I can’t wait for this exhibit to come to Chicago and will urge all my clients to see it.”

The neighborhood restaurant, 3rd Coast Café, is excited to host the show.

“What L`OR has done to capture Chicago she also has accomplished for Montreal. I have visited Montreal and when I close my eyes, I remember the city as she has portrayed it,” said Janet Thomas, proprietor of 3rd Coast. “Her work gives me cause to return and I`m certain will motivate many to visit Montreal for the first time. One of the reasons I wanted this exhibit here a 3rd Coast Café during the summer is that L`OR has three scenes from the Gold Coast area and appropriate for viewing during our annual Garden Walk.”

“We want opening night to be an event for Chicago and Canadian business interests to come and meet each other. I am please that the Canadian-U.S. Business Council is helping to promote the June 1st opening to their membership . We will send invites to key Chicago executives to attend and take advantage of this social event to meet their Canadian counterparts. The general public they are invited to come all summer long to see this exhibit,” Thomas said.